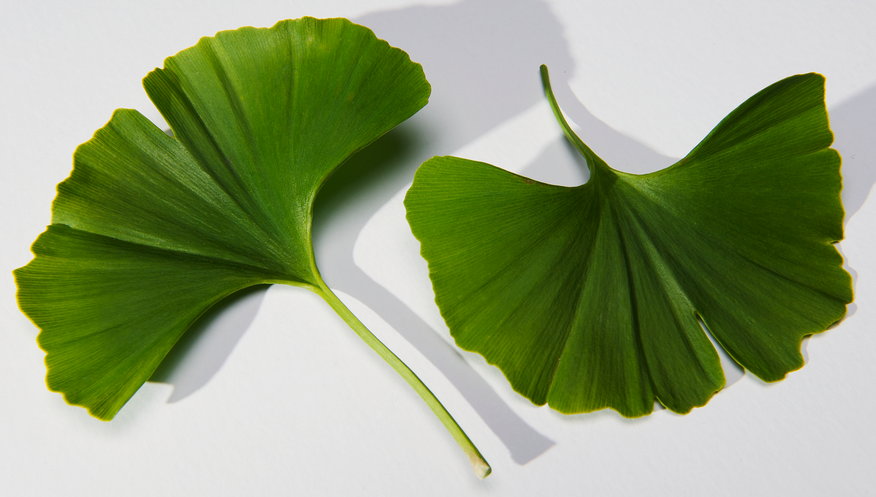 Ginkgo Leaf Extract (Ginko Bilobae) The Ginko tree is believed to originate in Asia and is a staple in Chinese Medicine.  It is known as on of the oldest living trees on Earth, with a single tree being able to live for up to 1000 years. The leaf extract is is used to make a very popular supplement sold the world over for mental acuity and research has shown it may have some ability to ease symptoms of Alzheimers.   Ginko leaves contain flavonoids and terpenoids which have potent Antioxidant properties.  Clinical studies show that these flavonoids have the ability to protect cellular health via DNA preservation in the nervous system, heart, blood vessels and retinas.  The terpenoids improve blood flow via blood vessel dilation and slowing blood clot formation.

HOW GINKGO BENEFITS THE SKIN

Ginkgo has been shown to promote the production of fibroblast collagen, something which is incredibly important in the science of anti-aging of the skin, since the collagen net is the primary factor in loss of elasticity which causes sagging, thinning and wrinkles.  Much of the aging process is due to environmental stressors (meaning we have some control over the aging rate and progression with our lifestyle choices).

Ginkgo extract also balances skin tone and assists in diminishing the appearance of sunspots and other skin discolorations by improving blood circulation and cellular regeneration of the dermal cells.

ANTIOXIDANT DEFINITION: Antioxidants are just what the name implies, ie; they help reverse, slow down or prevent cellular oxidation. We call this cellular "rust," as oxidation is what causes even something as impervious as iron to degrade and break down over time. Imagine what it can do to your skin and hair. Actually you don't have to imagine, as the evidence for the aging process is all around us.

When it comes to your skin, free-radicals damage, weaken and thin your collagen net, which is your skins major source of support and firmness, and drastically slow down cell turnover time, which is critical to younger looking skin. This cellular oxidation also causes the skin to lose elasticity and sag, as well as the ability to retain moisture. Age spots, depigmentation, wrinkles..the list goes on.

Our philosophy is based in a belief that all serious skin care products should contain an arsenal of stable antioxidants to combat free radical proliferation and damage to your skin, help support your collagen net, elasticity and moisture levels.. In short, to bring you the most effective Anti-Aging Skincare possible in a topical format.